----------- Da,  wie wir alle wissen Ted MCKenna leider verstorben ist, wird  Brendan O´Neill den Part übernehmen. Im E-Werk ist Einlass über Abendkasse immer möglich. ----------------
“A CELEBRATION OF THE MUSIC OF RORY GALLAGHER”
There are many tribute acts playing the music of Rory Gallagher,some good,some not so good.
But what they are doing is keeping the spirit of the great musician alive.

Rory’s music reached a massive audience from Norway to Spain
From Japan to the USA,covering all parts of the globe, and producing some of the greatest blues/rock albums of the 60’s/70’s/ and 80’s
Sadly we lost Rory on June 14th 1995. To his devoted fans and followers this was the ultimate tragedy.
The Band of Friends is not a tribute to Rory, more a celebration of his life and music. The band consists of the musicians who played with Rory throughout his career.
Gerry McAvoy (Bass guitar) played with Rory for 20 years, from 1971 to 1991,and because of this, has a great insight into the man and his music.
Gerry played on every album Rory ever made, and wrote a book about his career, published in 2005 called “Riding Shotgun”.The book was also published in Germany,called “ On the road.
www.ridingshotgun.co.uk
(Deep Joy/Champion Jack Dupree/Rory Gallagher/Nine Below Zero)
Brendan ONeill (Drums & Percussion) played with Rory for 10 years,
from 1981 to 1991.Brendan played on the following albums:Jinx/Defender/Fresh Evidence.Also in the following DVD’s
“ Rory Gallagher Live in Cork” “Live at Montreux” “The complete Rockpalast collection” .
(Deep Joy / Swift / Rory Gallagher / Nine Below Zero / Ronnie Lanes Slim Chance / Mud Morganfield
Marcel Scherpenzeel (Guitar & Vocals) Grew up in Amsterdam with Rory’s music,so much that Gerry has been quoted as saying “This is the closest guitarist to Rory’s spirit, you will ever hear”
(Marcel Sherpenzeel band / Wolfpin) 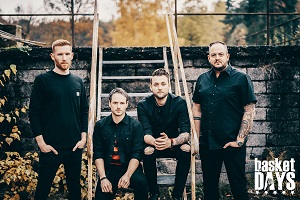